The chlorine element, under normal atmospheric conditions, is a pale green gas with a density significantly greater than that of air. For this reason the substance may pool at the base of poorly ventilated areas. Chlorine is a highly toxic hazardous chemical produced and used in large volumes throughout many industries. In households the element is usually found in the form of a compound and makes use of the chemical’s antibacterial properties.

Chlorine gas is unlikely to be found in surroundings to which most people are exposed. However, ordinary people may be exposed to chlorine compounds such as sodium hypochlorite used in everyday products which is used as a disinfectant in swimming pools and drinking water. Some industries make use of chlorine gas and employees working in these industries may be exposed. Duram Emergency Escape Masks help to manage the risk of occupational exposure to chlorine and other dangerous gases.

Acceptable Exposure Levels
Exposure to an atmosphere containing over 30 ppm of chlorine is considered high level exposure and may result in immediate reactions to the material. The presence of chlorine in the atmosphere can be detected by its distinctive smell at low levels (2-3ppm).

Possible symptoms of a short exposure to low to mid levels of chlorine (1-10ppm)are:

Possible symptoms of a short exposure to high levels of chlorine are:

Possible symptoms of ongoing exposure to chlorine at low levels are:

Chlorine, in its natural gaseous form is mostly found in industrial settings. Correspondingly, individuals in danger of exposure to the substance are likely to be working in an industry making use of the chemical. Employees likely to be exposed to chlorine should follow safety guidelines and have access to reliable personal protective equipment (PPE) such as personal escape masks in case of an emergency. 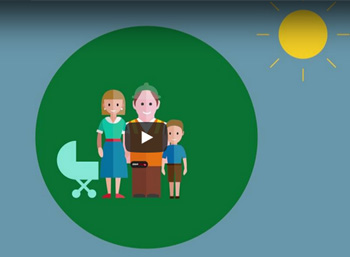